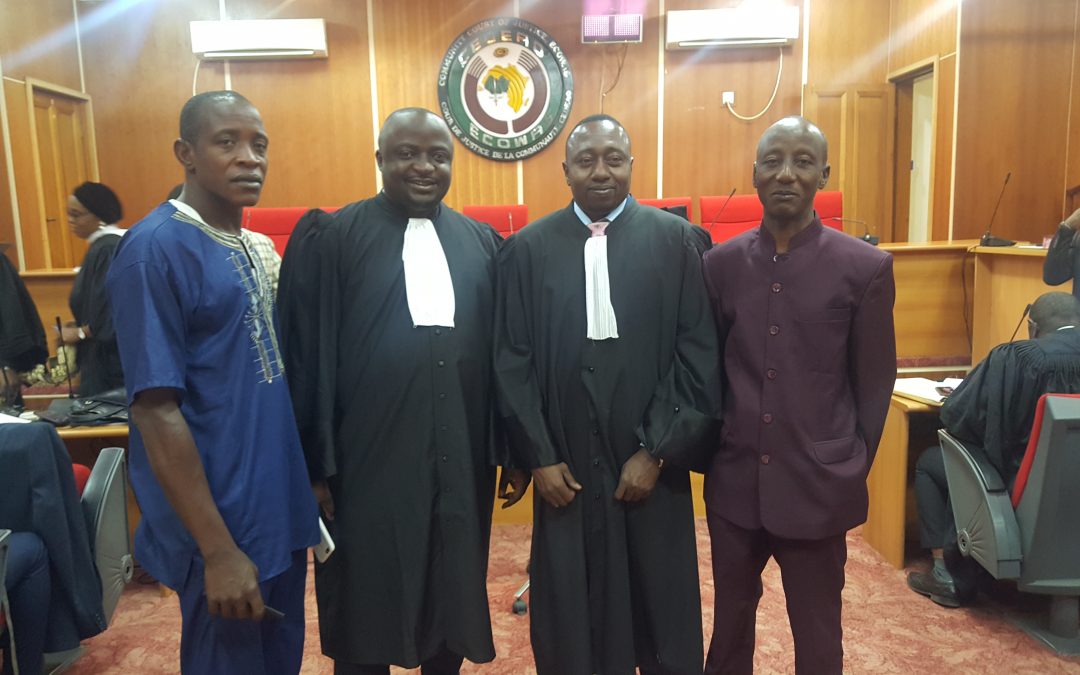 ON FEBRUARY 6, 2020, THE ECOWAS COURT OF JUSTICE HELD HEARINGS IN CASES AGAINST GUINEA AND NIGER STATES FOR SERIOUS VIOLATIONS OF HUMAN RIGHTS. The legal actions are the first that the PILIWA Network has supported before the ECOWAS Court. Two NGOs – les Mêmes Droits pour Tous (MDT) from Guinea and the Réseau DH-Gouvernance from Niger – filed the human rights cases on behalf of communities affected by their governments’ choice to favor corporate interests over the rights of their citizens.

In the Guinea case, the inhabitants of Zoghota community are suing the state over the severe reprisals suffered for having expressed their deep dissatisfaction with the operations of the Vale-BSG, a multinational consortium that was developing an iron mine in the southeast of the country.

To silence the inhabitants of Zoghota and punish them for venting their frustration and claiming their rights, state security forces, composed of gendarmes, police and military, attacked the village at night, killing 6 people, torturing several others, arresting residents and burning their property. MDT filed a complaint in Guinean courts against security forces commanders just days after the attack and added claims against Vale-BSG in September 2018 against for its complicity in the atrocities. However, the case has never been investigated to date.

In the Niger case, the State is accused of illegally expropriating and expelling several families from their ancestral land, a fertile valley in the capital city of Niamey called Gountou Yena where they had lived as farmers for generations.

The families of Gountou Yena had customary land titles on the land they exploited that were duly certified and issued by the Nigerien administration. Yet without warning, the state decided to evict these families from their ancestral land without just and prior compensation, in violation of all the laws protecting the right to property in Niger. This land was then turned over to Summerset Continental, a Nigerian luxury hotel developer.

The evictees turned to Niger’s court system for help, but the Nigerien government turned administrative procedures on their heads to deny the families their rights. In rapid succession, the state canceled the plaintiffs’ property rights, declared that they had never existed in the first place, and granted a new concession to the hotel company as if it had always been state land. When the plaintiffs obtained an order from the court requiring Summerset Continental to stop work on the site until the litigation was complete, the company instead brought police and military to the site, violently evicted the families, and destroyed their fields and homes.

Affected persons have their day in court

These hearings constitute a very important step for the PILIWA network because they are the first of a series of cases PILIWA is sponsoring to highlight the responsibility and complicity of West African States in human rights violations committed by international companies.

Although brief, the presentation of each case at the Court was important for a number of reasons. First, the lawyers – Me Pépé Antoine Lama from Guinea and Me Idrissa Tchernaka from Niger – had a chance to explain to the judges that these cases are part of a pattern in which governments prioritize the interests of powerful economic actors instead of protecting the human rights of their citizens. And second, PILIWA was able to support representatives of the victims to 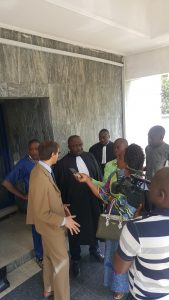 travel to Abuja and be present to witness the vindication of their human rights by ECOWAS after their abandonment by their own states.

We no longer believed in it, we had lost hope in Guinean justice. For more than 8 years, we have been asking for justice for our relatives who were killed and tortured during this barbaric attack, but nothing, only silence. Today it’s like I’m reborn. To be here in Abuja, attending this trial, it gives me hope and comfort that justice will be done for our families. When I get home, I will tell the whole community to stay confident.

Seydou Mamane Hamidou, a representative of the Gountou Yena, lamented:

Losing the ancestral land where our parents and grandparents toiled, where we continued to work, that we developed, that nourished us and constituted our main source of income – losing it in such an unjust way broke our hearts and left us in a state of economic deprivation. On behalf of families of Gountou Yena, I thank PILIWA for their invaluable help. And I remain convinced that justice will be done.