Putting the future in communities' hands

Mobilizing threatened West African communities around a future they can fight for, through the power of law and community-driven development

Founded in 2016, ACA is a U.S. and Ghana-based non-profit organization that puts legal and organizing tools in the hands of threatened West African communities. We are building an ecosystem of lawyers and other experts who collaborate with communities to defend communities’ rights and pursue their own vision of development in the face of destructive resource extraction operations driven by foreign investment. We help mobilize communities to define for themselves a vision for the future that is appropriate to them, and then fight for and reach that future through community-driven development planning, financial support, and legal assistance.

Since ACA’s founding in 2016, our accomplishments have included: 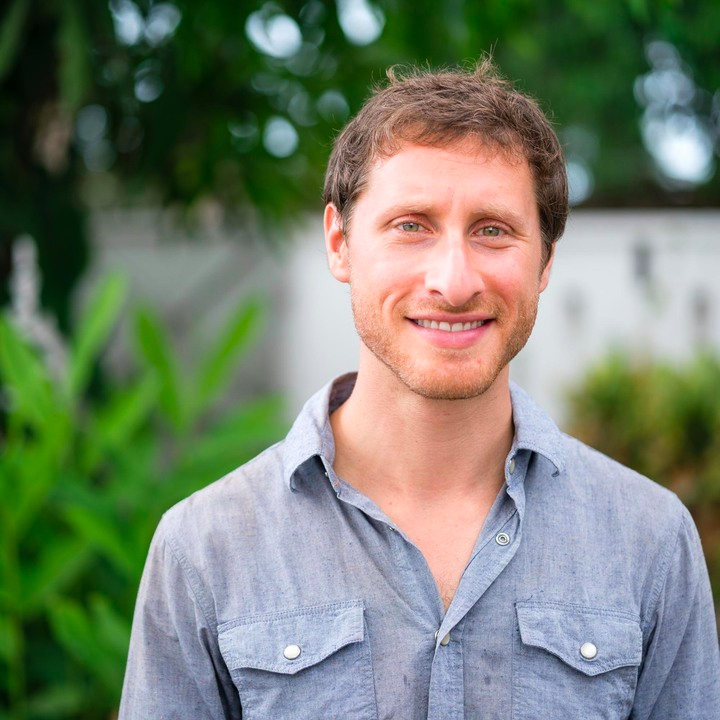 Prior to founding ACA, Jonathan was Legal Advocacy Coordinator at EarthRights International, where he worked with civil society groups and communities on six continents to promote accountability for corporate complicity in human rights abuse and environmental devastation. He was a Finalist for the Public Justice Trial Lawyer of the Year Award in 2010, and has served as an adviser to the U.S. State Department on dispute resolution between communities and corporations. Jonathan graduated from Yale University with a combined B.A. and M.A. in Chinese, studied law at Harvard Law School, and has a degree in public policy from Princeton’s Woodrow Wilson School. He was a Fulbright Scholar in Taiwan in 2002-03 and speaks Mandarin Chinese, French, and Spanish. 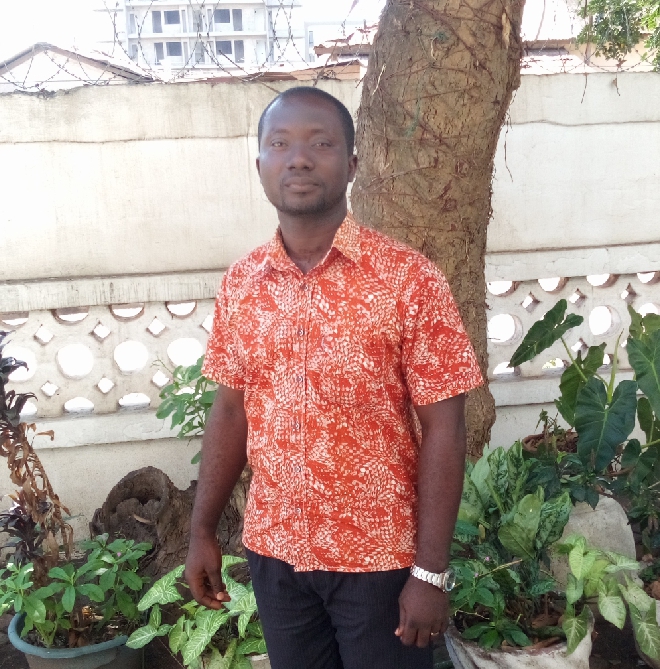 Eric is a qualified accountant with a Bachelors Degree in Commerce and MBA from the University of Cape Coast. He has four years experience at the Ministry of Finance as a Budget Analyst.  He is also the Finance & Administrative Officer of the Center for Environmental Impact Analysis.  For a decade, Eric managed the finances for the Central Region offices of Ghana’s principal government-run microfinance and small loans program (MASLOC).  In addition to financial management, Eric is the author of a book entitled The Chronicle of Wisdom. 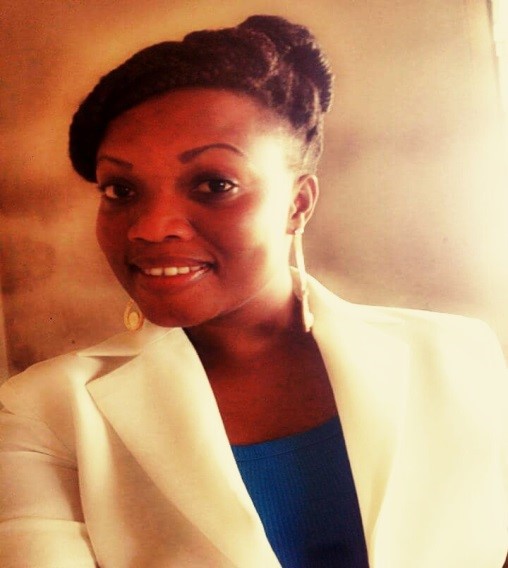 Nana Ama heads ACA’s community-driven development work.  Prior to joining ACA, she contributed to community projects sponsored by USAID as a field officer and monitoring and evaluation specialist.  She also worked as Programs Manager for Gender and Environmental Monitoring Advocates (GEMA), where she was directly involved in helping communities affected by mining to identify alternative sources of livelihood. She has also worked as a Broadcast Journalist and News Editor at “Ahomka” FM, a community radio station, through which she became an active member of Journalists for Human Rights in Ghana’s Central Region.  Nana Ama is a trained teacher who also taught English and Ghanaian Languages in a community senior high school for seven years. She holds a Masters in Human Resource Management (MBA) from the University of Cape Coast Business School and a Bachelors in Ghanaian Languages from the University of Education Winneba. 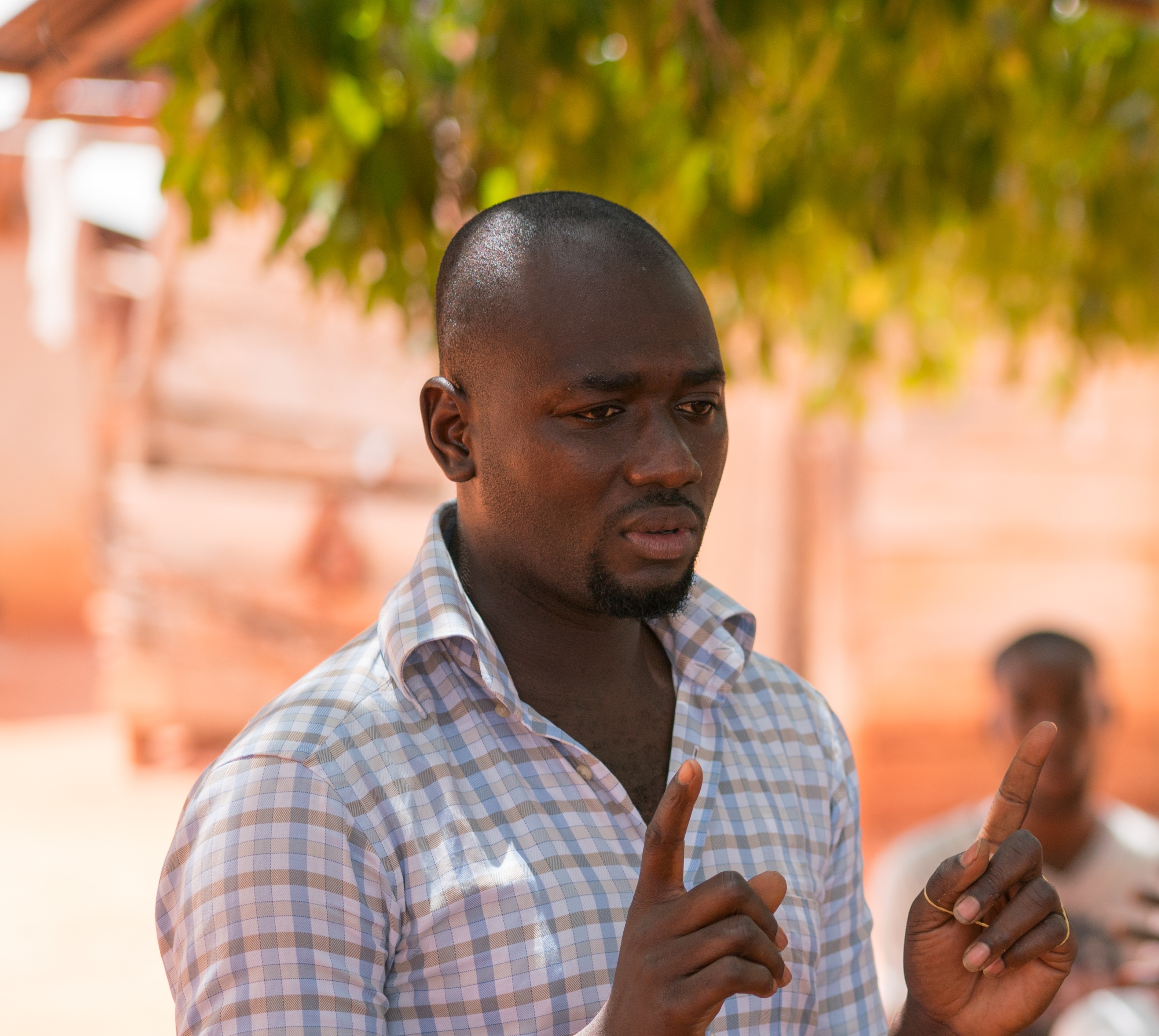 Nimako is a native of Donkro Nkwanta in the Brong Ahafo Region of Ghana.  Prior to joining ACA, he was a high school teacher for many years.  Nimako was trained as an accountant and comes from a family with a long history of struggle against community injustice. 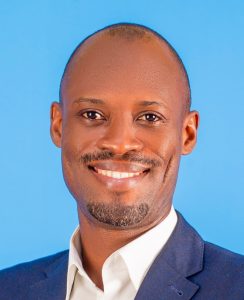 Elfried DOSSAVI MESSY has worked for nearly 10 years on the socio-economic development of communities.  A specialist in the evaluation of programs and public policies, Elfried has been recognized for his by the Young Leaders of Benin program (2014), was selected as one of the Ten Outstanding Young Persons (TOYP) by Junior Chamber International in 2016 in the category “contribution to human rights and world peace,” and was named a New Leader of the Future by the Crans Montana Forum in 2017 in Barcelona, Spain.

Passionate about the game of chess, he has coached and trained more than 200 people in Benin. Elfried holds a diploma in financial administration from the National School of Administration and Magistracy of the University of Abomey Calavi, and a professional certificate in Analysis and Evaluation of Public Policies from the Center for Sociological Studies and Political Science from Benin. 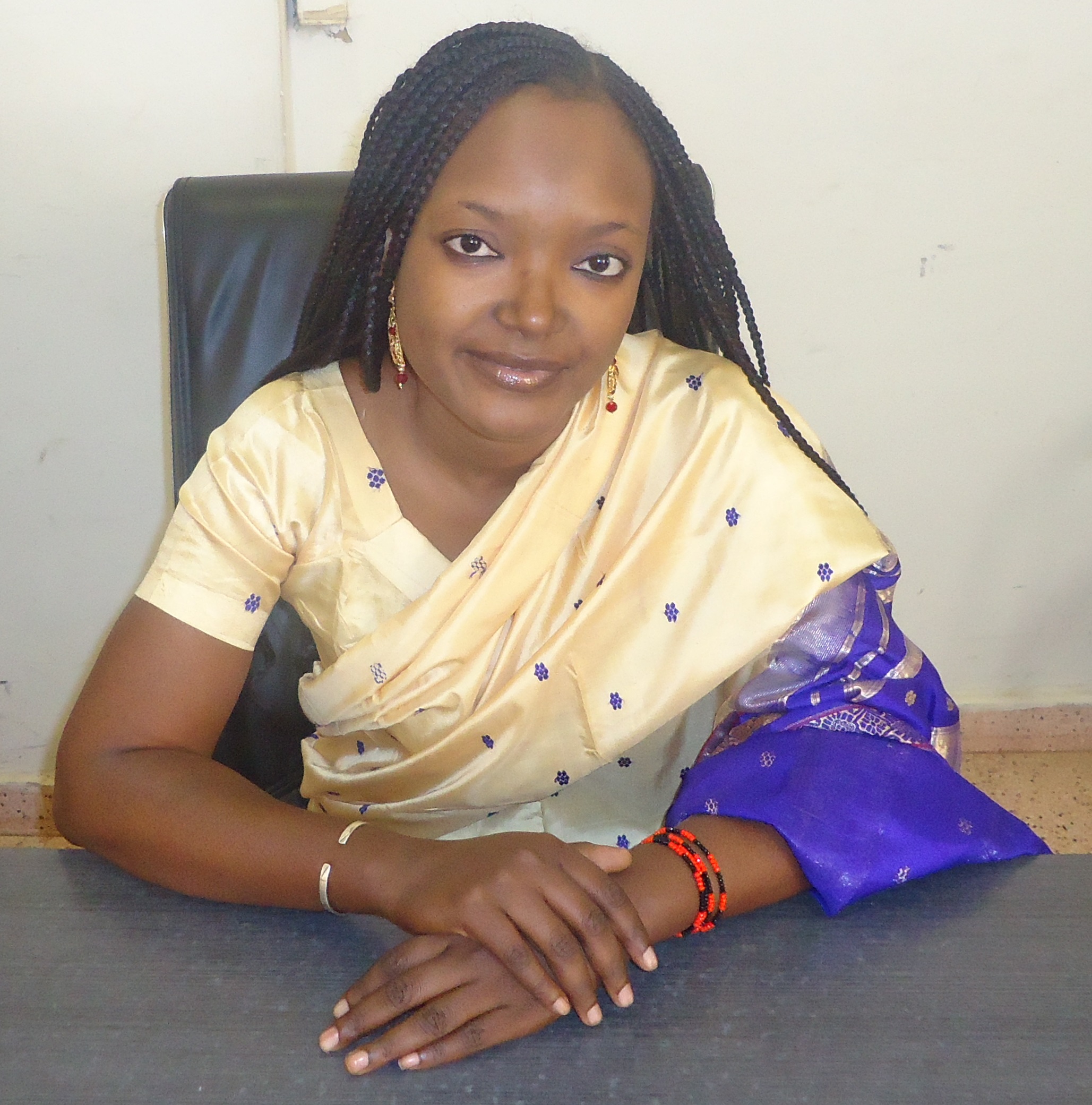 Lalla is a Malian jurist with over a decade of experience leading legal advocacy struggles for human rights in her home country.  Prior to joining ACA, she worked for the Association malien des Droits de l’Homme, International Federation for Human rights, and the American Bar Association Rule of Law Initiative.  She founded a legal clinic in Gao to assist enslaved Malians, supported farming communities that were in danger of losing their land, and assisted workers in unfair dismissal cases.  Lalla has been involved with many cases before the Malian courts, as well as the African Commission and African Court of Human and People’s Rights.  She holds a Masters Degree in human rights from the University of Nantes as well as a legal degree from the University of Mali. 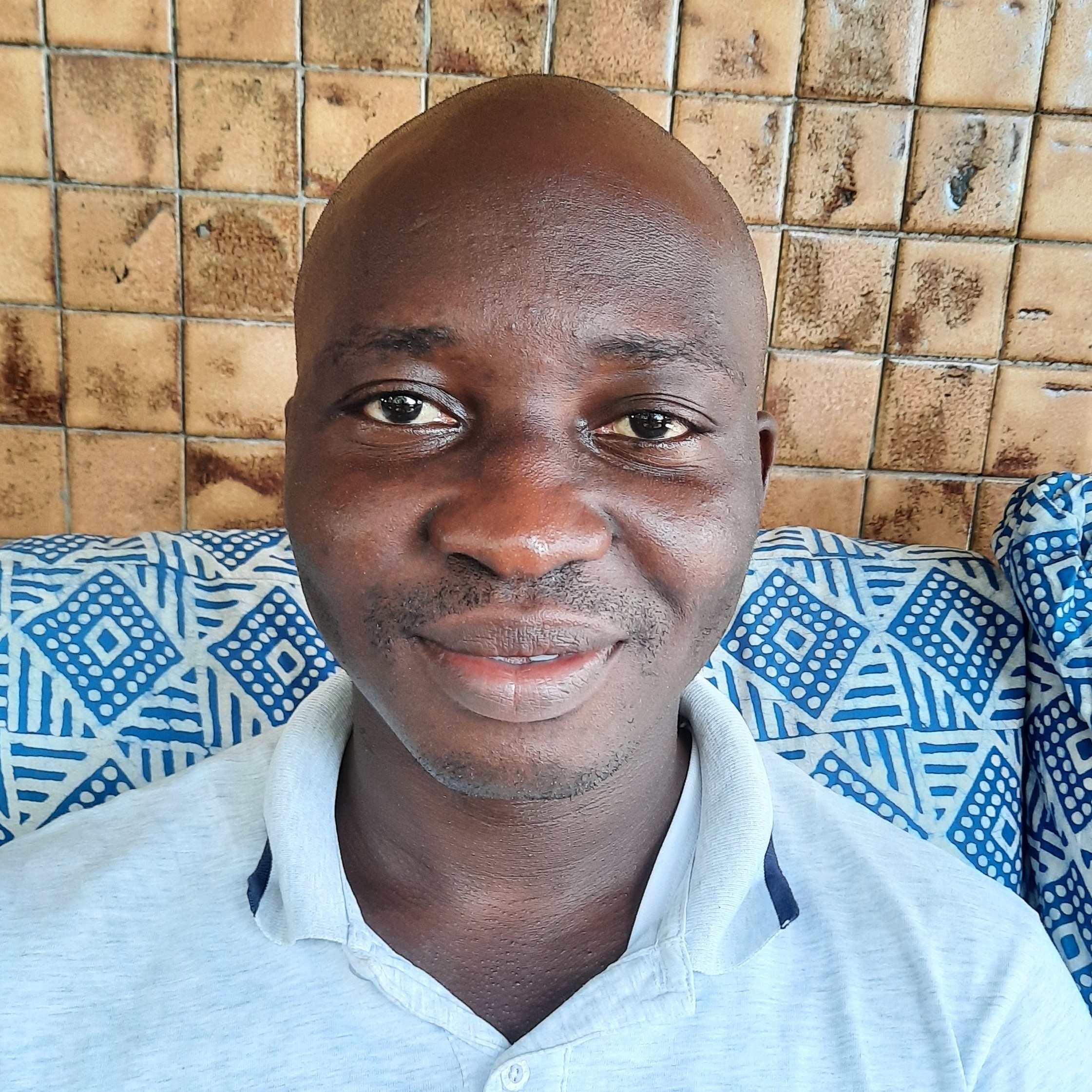 Kwabina Ibrahim is a Geoscientist who holds a Bachelor of Science degree in Geology and Chemistry and an MPhil degree in Geology from the University of Ghana.  He has worked with several mining companies across the West African sub-region. He has an in depth knowledge of all the processes and activities associated with the various types of mining and mineral exploration activities. He is an expert in environmental impact assessment and environmental monitoring. Some of his research works has been published in high impact peer reviewed Scopus journals. 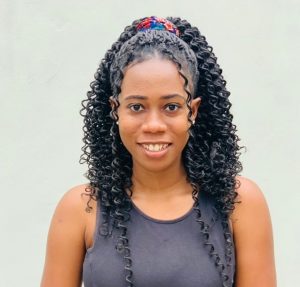 Abigail has a Bachelor’s Degree in Economics with Information Studies.  She had her national Service at Scancom Ghana Ltd (MTN Ghana) with the Fraud Risk Management Team and is a Former NABCO Trainee with Citizen Rural Bank Ltd. 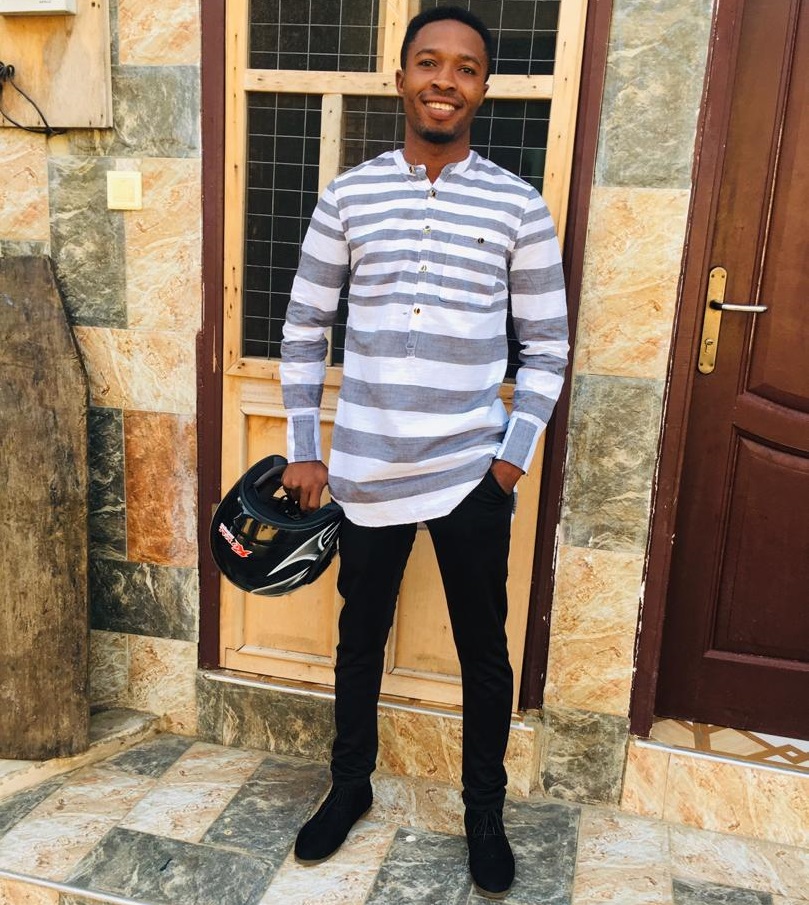 Francis is a native of Donkro Nkwanta in the Bono East Region of Ghana.  He is a sports man and a businessman as well.  With his true passion for community development, he organizes a yearly program in his community which aims at empowering women and uniting the members of the community. 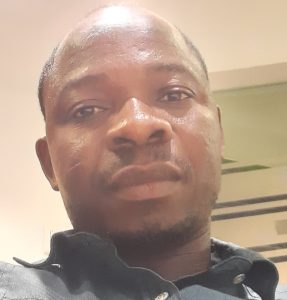 George hails form the Northern part of Ghana. Prior to joining ACA, he worked as a Credit Ris Manager at TI Microfinance Ltd, Kantamanto-Accra.  He also worked with African Turning Point Foundation, Ghana as a Finance Officer, and at JA Biney as a Business Development Officer. He holds a BSc Administration Degree (Insurance and Risk Management option) from the University of Ghana, Legon. 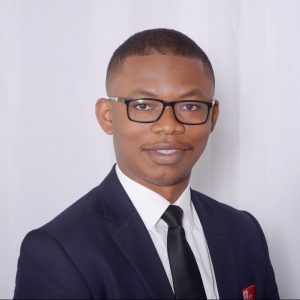 Mustapha is a bilingual (English & French) lawyer and Human Rights advocate with expertise in International Law, Human Rights, Constitutional law, Administrative Law and Anti-Corruption.  He also holds two bachelor’s degrees; a bachelors degree in Law and another in Social Work.

He has for the past 15 years been involved in Civic advocacy at different levels; in 2005 he founded a youth movement called the ‘LXG’ in Achimota school. The LXG worked to promote attitudinal change among Ghanaian youth for National Development. He has also supported various causes and volunteered with other NGO’s and Civil society organizations in the past. In law school, he participated in both the African Human Rights Moot Court and the Philip. C Jessup International Moot court competitions

Mustapha has worked with some of Ghana’s leading Constitutional law experts on major constitutional cases including clerking for a Justice of the Supreme Court of Ghana in 2016. Before joining ACA, he worked as legal fellow for the Center for Public Interest Law in Accra.

He has experience in the development and implementation of capacity building and institutional reform projects for state institutions such as the Ghana Legal Aid Scheme, Ghana Immigration Service, and Parliament of Ghana.

Nnimmo Bassey (President) is a Nigerian architect, environmentalist activist, author and poet, who chaired Friends of the Earth International from 2008 through 2012 and was Executive Director of Environmental Rights Action for two decades. He was one of Time magazine’s Heroes of the Environment in 2009. In 2010, Nnimmo Bassey was named co-winner of the Right Livelihood Award, and in 2012 he was awarded the Rafto Prize. He serves on the Advisory Board and is Director of the Health of Mother Earth Foundation, an environmental think tank and advocacy organization.

Rachel Davis (Treasurer) is the Managing Director and Treasurer of the Shift Project. She is an Australian lawyer with extensive experience in business and human rights, having worked with business, in government and civil society settings. She served for five years as a legal advisor to Professor John Ruggie, the former Special Representative of the UN Secretary-General for Business and Human Rights, as part of his core advisory team that helped develop the UN Guiding Principles on Business and Human Rights. Previously, Rachel served as a strategy and policy advisor to the UN Special Advisor on the “Responsibility to Protect” at the International Peace Institute in New York. She clerked at the UN International Criminal Tribunal for the former Yugoslavia in The Hague and at the High Court of Australia. Rachel has a Masters in Law from Harvard Law School and Bachelors degrees in Law and Politics from the University of New South Wales in Sydney, where she also lectured and published in law.

Ian Gary is the executive director of the Financial Accountability and Corporate Transparency (FACT) Coalition and is a senior policy, research and advocacy professional with over 25 years of experience in fiscal transparency and accountability, international development, and the reform of natural resource governance.  Prior to joining The FACT Coalition as executive director, Ian directed Oxfam America’s policy and advocacy work focused on promoting transparent and accountable financial flows – for example from oil and mining revenues, taxes and aid – to fight poverty.  Based in Washington, DC, Ian led a team of policy managers, advisors and researchers. Prior to joining Oxfam in 2005, Ian was Strategic Issues Advisor for Africa and Strategic Issues Advisor for Extractive Industries at Catholic Relief Services (CRS) from 1999 to 2005. He has held positions with the Ford Foundation as well as international development organizations in the U.S. and Africa.

Michelle Harrison (Vice President) is a Staff Attorney at EarthRights International. She graduated from the University of Virginia School of Law in 2012 where she received the Robert F. Kennedy ‘51 Public Service Fellowship to work with ERI for a year. She then remained at ERI as a Bertha Foundation Fellow. While at UVA, worked in Tanzania for the Office of the Prosecutor of the International Criminal Tribunal for Rwanda and with the Innocence Project, providing post-conviction representation. Michelle holds a B.A. in Political Science and Environmental Science and a minor in French from Miami University. At ERI, Michelle has defended the First Amendment rights of activists against abusive discovery from Chevron, helped defend the Dodd-Frank extractive industry disclosure rules on behalf of Oxfam America, and worked on ERI’s U.S. litigation against Chiquita for human rights abuses and Union Carbide (Dow Chemical) for environmental abuses. She is admitted to practice law in Virginia and the District of Columbia.

Marco Simons is Americas Regional Program Director and General Counsel at EarthRights International. He oversees ERI’s use of legal strategies to work with communities around the world in protecting their human rights and their environment. With ERI, Marco has served as counsel on transnational corporate accountability cases including Doe v. Unocal, Wiwa v. Shell, Bowoto v. Chevron, and MaynasCarijano v. Occidental Petroleum, and submitted amicus briefs in numerous other cases. He has written or coauthored several articles and publications on corporate accountability for earth rights abuses as well as taught college and law school courses on human rights. Marco previously worked for ERI on the Robert L. Bernstein Fellowship in International Human Rights after graduating from Yale Law School. Prior to returning to ERI, he clerked for the Honorable Dorothy Wright Nelson on the U.S. Court of Appeals for the Ninth Circuit and worked for the civil rights law firm Hadsell & Stormer, which was co-counsel on Doe v. Unocal and Bowoto v. Chevron. Marco holds an undergraduate degree in environmental science and, prior to law school, worked on developing educational materials on conservation biology. He is currently admitted to practice in California, Washington, D.C., and Washington State, as well as in the U.S. Supreme Court and several other federal courts.