The Case of the mining community of Similimi

Similimi is a village in the Sub-District of Bondoukou, about 430 km from Abidjan in the Republic of Côte d’Ivoire, perched on a hill and surrounded by lushly vegetated mountains.

Two ethnic communities co-exist in Similimi – the Abron and the Koulango – but the village is neglected by the Ivoirian government.  There is no health clinic, and the residents must travel about an unpaved road to access health facilities in Sapli, about 4 km away.  The village school, which was built by the residents themselves, is a three-room, rickety wooden structure with an earthen floor and holes in the ceiling that leak during the rainy season. The two teachers are paid by the villagers and not by the State.  Similimi has no water taps, public water sources, or electricity.  The residents take water from the river at the base of the hill for their daily needs.  Women and children have to descend the slippery slope to draw water and then climb back up again – a difficult and dangerous activity for those who are not accustomed to it.

The tranquil life of the people of Similimi has been turned upside down by a mining company, Bondoukou Managese.  The extraction of manganese at Similimi should have brought development and positive impacts to the community.  But Similimi has seen no development – not a single school, source of drinkable water, watt of electrical generation, paved road, or health clinic.  Instead, mineral extraction has destroyed the natural environment and shattered the peace of Similimi.  The company has dug pits less than 200 meters from the entrance to the village and carved holes around the residential areas and agricultural fields of the community.  The primary extraction site is less than 100 meters from the village, endangering the inhabitants, whose lives have been invaded by the mine. The extraction of manganese has polluted their air and water and robbed them of their health, land, and means of income without prior and just compensation.  The company has also destroyed the sacred hill where the residents previously conducted traditional practices.  In light of all this, the community needs to be relocated immediately.

Although the residents have complained to the authorities many times, no action has been taken to protect them from the negative impacts of manganese extraction.  In order to defend their interests and secure a remedy for the human rights violations they have suffered, ACA and its Ivoirian partner, Groupe de Recherche et de Plaidoyer sur les Industries Extractives (GRPIE), have teamed up with local lawyers to support the people of Similimi with the following:

In October 2019 and May 2020, the lawyers for Similimi were granted “ordonnances de compulsoire” – orders from a court that require the company and the government to disclose the documents forming the basis for the renewal of BMSA’s operating permit despite the unresolved complaints of the community.
The documents provided reveal important procedural gaps, and the community is considering its options.

In August 2020, GRPIE commissioned an independent study into the environmental impacts of BMSA’s operations, which revealed dangerous levels of particulate matter and noise pollution.

On January 29, 2021, the residents of Similimi sued the Republic of Côte d’Ivoire in the ECOWAS Court of Justice for facilitating the pollution of their natural environment, the appropriation of their traditional lands, and the destruction of their sacred sites. The Court initially set the date to release its ruling in February 2022, but later postponed, and eventually the judge’s 5-year mandate expired before the new release date could be set. As of September 2022, the plaintiffs are waiting for the new judge to be appointed to their case and clarify the status of the ruling.

The Ivoirian government continues to organize meetings with the residents of Similimi, with the aim of eventually relocating them.

The Ivoirian government continues to organize meetings with the residents of Similimi, with the aim of eventually relocating them.

The plaintiffs allege the government is responsible for facilitating the pollution of their natural environment, the appropriation of their traditional lands, and the destruction of their sacred sites. The Court initially set the date to release its ruling in February 2022, but later postponed, and eventually the judge’s 5-year mandate expired before the new release date could be set.

The lawyers for Similimi requested and were granted “ordonnances de compulsoire” – orders from a court that require the company and the government to disclose the documents related to the company’s environmental impact study. The documents provided as a result of the order reveal important procedural gaps that provide opportunities for the community to challenge the company’s renewed operating permit. 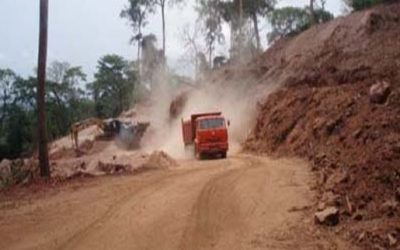 Similimi in Abuja, 29 January 2021 – Frustrated by years of land loss, environmental destruction and stalled promises of relocation, the people of Similimi Community in northeastern Côte d’Ivoire have filed suit against their own government at the ECOWAS Court... 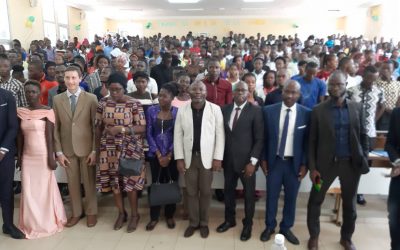 The Université Alassane Ouattara in Bouaké, Côte d’Ivoire, has launched the first ever university legal clinic in the country – and one of the first in Francophone Africa.  In partnership with ACA, the Groupe de recherce et de plaidoyer sur les industries...