The Case of Koidu Ltd.

Koidu Limited is a diamond mining company that operates in Sierra Leone and is privately owned by BSG Resources Limited (BSGR) through its subsidiary Octéa Limited. The company has failed to properly relocate residents in Koidu, who have suffered various abuses as the result of its operations, and paid inadequate compensation for any losses.

Residents who have not been relocated find it increasingly difficult to farm their lands because waste rock and rubble from Koidu Ltd.’s operations have covered much of their farmland. “Koidu Limited has destroyed our lives,” said Madam Kumba King, Tankoro Queen Mother andrepresentative of the Marginalized Affected Property Owners Association. “We used to farm and live in peace, but now our lands and water sources are poisoned and covered in rubble. Our homes are shaken by explosives every day.”

Residents have also reported that their health has suffered. Dust from the mining operations often covers the community and causes headaches, difficulty breathing, and a burning sensation in the residents’ eyes. The operations have also contaminated the water, and many residents develop skin rashes and digestive problems they did not previously experience. High stress from living with frequent blasting further causes headaches, high blood pressure, heart palpitations, and respiratory problems in the community.

Despite this, Koidu Ltd. has failed both to properly relocate the residents in the mining concessions and to adequately compensate the individuals for their losses. Even for those who have been relocated, the relocation package and site were inadequate. Houses in the resettlement site lack structural integrity and began to crack just months after construction. The resettlement sites also do not rise to the plaintiffs’ standard of living prior to the onset of mining activities and relocation, and provide their residents no opportunities for making a living.

The company also has yet to answer for violence in 2007 and 2012, in which security agents fired into crowds, killing two bystanders and injuring multiple people in both incidents. Koidu Ltd.’s private security forces were seen driving the police in vehicles and facilitating the attacks in both years. A government inquiry into the 2007 incident assigned responsibility to the police and the company and gave recommendations for reform, but they were disregarded and no one was held legally responsible.

In April 2019, Koidu resident Aiah Fengai and 73 others filed a class-action lawsuit against Koidu Ltd., five of its parent companies and affiliates, and their Managing Directors, alleging property damage, environmental and health impacts, land and livelihoods loss, and breach of the company’s Community Development Agreement. They knew, however, that the Octea Group had a reputation for evading legal responsibilities and court jurisdiction by resorting to its complex, multi-national corporate structure, despite being closely directed from the highest echelons of the Group. Before filing, they therefore sought permission to serve the parent companies and affiliates in Sierra Leone, even though those entities were formally registered in the British Virgin Islands. Using documents released through the Panama Papers, they were able to show that all the relevant entities in fact operated out of a single building in Sierra Leone’s capital of Freetown and were granted permission to pursue the case against all six corporate defendants.

In May 2019, the defendants filed jurisdictional objections, which have still never been argued or decided despite numerous pleas by the plaintiffs.

In August 2019, an association composed of Koidu residents affected by the diamond mine’s operations filed a lawsuit in the ECOWAS Court of Justice against the Republic of Sierra Leone, accusing the state of violating their human rights by violently repressing the 2007 and 2012 protests and allowing the mining company to destroy their livelihoods, health, and natural environment. As of 2022, the Republic of Sierra Leone has never responded to the ECOWAS lawsuit, and the Court is now considering an application of a default judgment.

In February 2020, Koidu resident Morie Momoh and several others filed a second class-action lawsuit, this time in the High Court in Koidu itself. In August 2020, having learned that Octea’s parent company was undergoing a bankruptcy process that had revealed widespread efforts to conceal and dissipate the Group’s assets, the plaintiffs petitioned for orders freezing the defendants’ assets. This order was granted on an interim basis but was vacated when the court dismissed the class-action suit entirely on the basis that the Kono High Court was not a proper venue to launch a civil suit.

The plaintiffs refiled their class-action suit in the Makeni High Court in October 2020 and again requested freezing orders. The request was briefly granted but then lifted when the defendants claimed that the previous freezing order had cost them over $6 million and threatened to go to court to enforce their right to collect that sum from the indigent plaintiffs.

In June 2021, the class-action lawsuits and individual lawsuits were consolidated before the High Court in Makeni.  After a series of administrative delays, the first arguments were heard in Makeni in March 2022, with a long-awaited judgement anticipated by November 2022. Meanwhile, in August 2021, with the support of EarthRights International, the plaintiffs filed a petition for discovery in the federal courts of New York, seeking information on the ownership and asset structure of the Octea Group that has been disclosed in the bankruptcy proceedings of Octea’s parent company, BSG Resources. The plaintiffs were granted access to approximately 23,000 of these documents in March 2022, and hope to use a selection of these to support their lawsuit in Sierra Leone.

8.10 Letter from Joint Administrators re liquidiation

Other Orders and Documents

In Re Marginalised Affected Property Owners – Memorandum of Law Aug. 2021 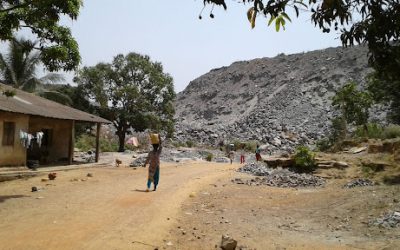 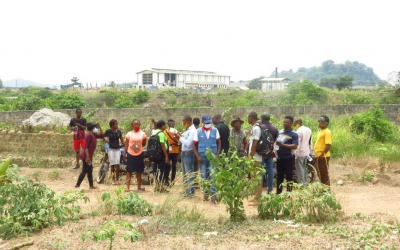 In March 2021, members of the Marginalized Affected Property Owners (MAPO), a community-based association in Kono District, Sierra Leone, finally learned what a decibel is.Of course, as residents of communities that abuts the giant Koidu Kimberlite Mine, whose... 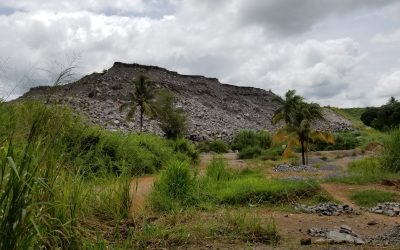 29 August 2019 – The government of Sierra Leone shot and beat protesters and helped a mining company pollute and unjustly grab traditional lands, according to a human rights lawsuit filed by residents of Koidu, Sierra Leone at the ECOWAS Court of Justice.  The... 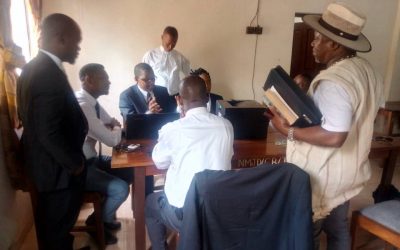