In 2012, the area surrounding the village of Zoghota in Guinée Forestière was the site of iron ore exploration by VBG, a joint venture owned by Brazilian mining giant Vale and BSG Resources (the company owned by Israeli diamond mogul Benny Steinmetz). Conflicts soon surfaced – the company was alleged to have mismanaged funds and failed to employ local youths, and the local Prefect was believed to have misappropriated the percentage of VBG’s royalty payments that were destined for community development. Moreover, exploration activities were causing environmental damage and desecration to a mountain that was sacred to the local population’s ancestors.

When the community’s attempts to raise their concerns with local authorities were ignored, they turned to a more extreme course of action: they occupied the mine site and prevented company personnel from entering. Reports circulated that the community members were stealing mine assets and vandalizing the property, and the company airlifted security forces to the area to retake the site. The villagers withdrew peacefully, relying on a promise by high-level government officials that they would meet with concerned community members about their complaints.

At approximately 1:00 a.m. on August 4, 2012 – the night before the planned meeting, a joint task force of gendarmes, police, and military attacked the village of Zoghota. As the sleeping villagers roused themselves to investigate the invasion, they encountered a hail of gunshots and tear gas canisters. Five villagers were killed on the spot, and sixth died of his wounds in the following days. Over a dozen villagers were arrested, some of whom were tortured by gendarmes. Homes and other buildings were torched, and almost the entire village fled.

Shortly after the attack, a Guinean human rights NGO, Les Mêmes Droits pour Tous (MDT), filed a criminal complaint against the military and police commanders responsible for the attack. However, the complaint never moved forward – the defendants refused to show up in court, and the case was eventually transferred to military jurisdiction, where it languished.

In 2013, the VBG concession was cancelled due to a massive corruption scandal, and mining has never returned to Zoghota. In 2019, however, it was announced that Niron Metals – another company associated with Mr. Steinmetz, would be granted the Zoghota concession.

In July 2017, ACA and MDT traveled to Zoghota to investigate the status of the criminal case and collect testimony. Most importantly, we uncovered clear evidence that VBG conspired with the security forces to organize and launch the attack on Zoghota.

In September 2018, MDT filed a renewed criminal complaint, adding VBG as a defendant. In October 2018, MDT filed a lawsuit in the ECOWAS Court of Justice against the Republic of Guinea, seeking to hold the state responsible for the massacre, torture, and illegal detention of the people of Zoghota.

In February 2019, a Guinean court formally opened a criminal investigation into the massacre, based on MDT’s renewed complaint.

In February 2020, ACA and MDT traveled to Abuja, Nigeria, to argue the case before the ECOWAS Court of Justice.

On November 10, 2020, the ECOWAS Court of Justice announced its judgment, declaring the Republic of Guinea responsible for violations of the rights to life; to be free of torture and cruel, inhuman, and degrading treatment; to not be subject to arbitrary arrest or detention; and to an effective remedy. The Court ordered the State to pay 4.56 billion Guinean francs (approximately 436,000 U.S. dollars) to the victims and their surviving family members.

Neither the Guinean government nor the ECOWAS Commission have taken steps to enforce the ruling despite the community’s repeated advocacy, including organizing a press conference on the 10-year anniversary of the massacre in August 2022. Stymied at the state level, the community is considering opportunities to engage international legal systems. 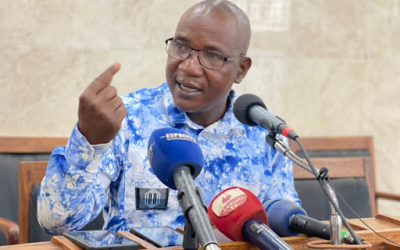 10 years on, Zoghota Massacre survivors still struggle to get justice

Survivors of an August 2012 attack against the village of Zoghota, Guinea by state security forces organized a press conference  last month on the 10-year anniversary of the attack to demand that the Republic of Guinea comply with an order issued by the ECOWAS Court... 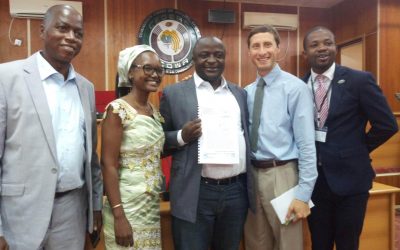 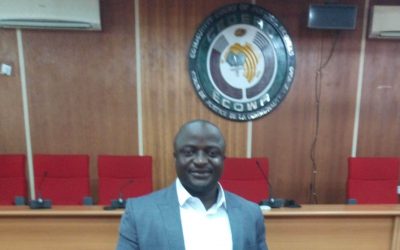 The Arrest of Human Rights Defender Me Antoine Pépé Lama 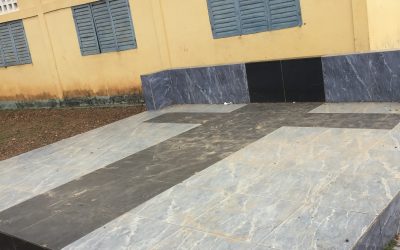 ABUJA, NIGERIA – 10 NOVEMBER 2020 – For over eight years, the people of Zoghota in southern Guinea have been seeking justice for the massacre that devastated their village. Today, they can finally celebrate a ruling from the regional ECOWAS Court of Justice declaring... 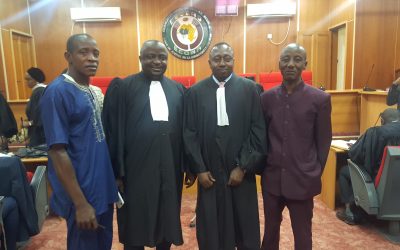 ON FEBRUARY 6, 2020, THE ECOWAS COURT OF JUSTICE HELD HEARINGS IN CASES AGAINST GUINEA AND NIGER STATES FOR SERIOUS VIOLATIONS OF HUMAN RIGHTS. The legal actions are the first that the PILIWA Network has supported before the ECOWAS Court. Two NGOs - les Mêmes Droits...