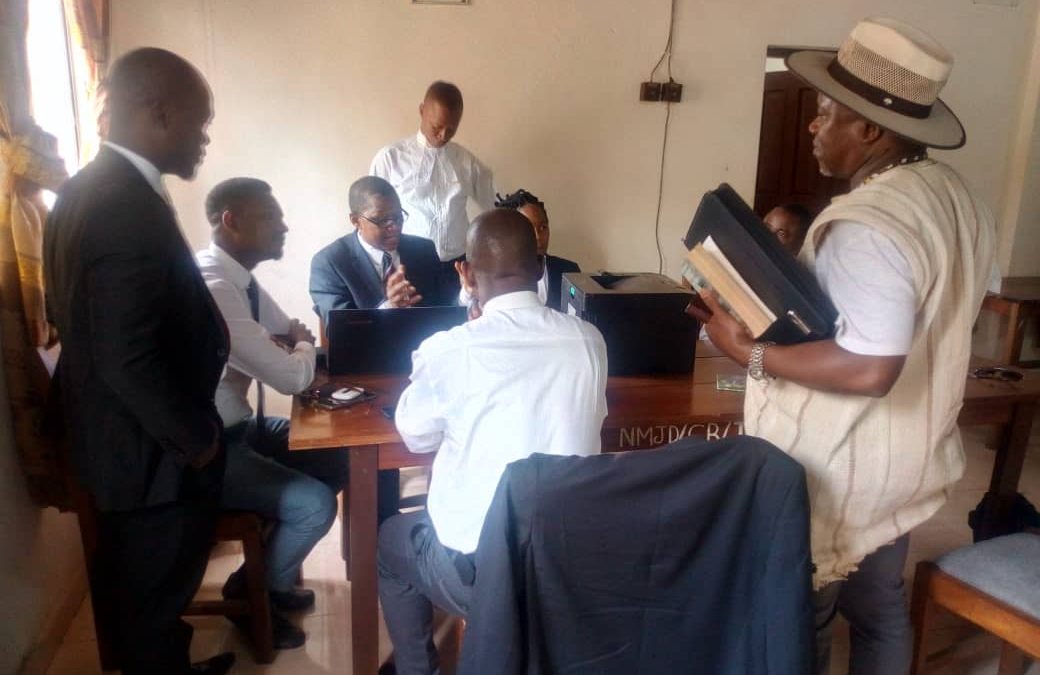 Plaintiffs from Gbense and Tankoro Chiefdoms near Koidu City in Kono District, Sierra Leone, have won an ex parte ruling allowing them to serve lawsuit documents on six companies of the Octéa Group and their Managing Directors at Koidu Limited’s address in Freetown.  This court order will allow them to sue all six companies together, despite their attempts to avoid service by failing to register in Sierra Leone.

The National Movement for Justice and Development (NMJD), a Sierra Leone non-profit that has worked with the Koidu communities for years, and Benedict Jalloh of C&J Partners filed this action on behalf of the communities on March 6, 2019. The judge delivered a judgment in their favor a week later on March 13, 2019.

In order to commence a lawsuit against the defendants, the plaintiffs first needed to serve the Octéa companies with papers informing them of the legal action. However, they were initially barred from taking this first step. “Before we could even begin our lawsuit, we had to jump a major hurdle,” said Daniel Fofanah, Legal Officer NMJD. “Most of the defendants had no listed address in Sierra Leone, even though we know they operate here.” Lawyers for the plaintiffs tried to contact the defendants through normal channels but did not receive a response. The lawyers thus filed an originating summons so that the Octéa group could not avoid legal repercussions by hiding behind its corporate structure.

The evidence presented to the judge included documents from the Panama Papers in which an Octéa parent company’s bankers discussed sending important documents to the company’s “operational” address that it shares with Koidu Ltd. in Freetown, the capital of Sierra Leone. With the court’s recent ruling, NMJD and C&J Partners can now serve documents on all the defendants at this same address. “We told the Court that the Octéa companies were trying to avoid being served with lawsuits, and the Court agreed,” said Benedict Jalloh, Principal of C and J Partners and attorney for the plaintiffs.  “Now we can serve papers on all the defendants at the address of Koidu Ltd., and they won’t be able to argue that they’re all separate entities.”

ACA supported this legal action by providing strategic advice, international law research, and analysis of evidentiary submissions (such as the Panama Papers documents).  NMJD is the beneficiary of a grant from the Public Interest Lawyering Initiative for West Africa that supports the legal fees and covers logistical costs for the case.