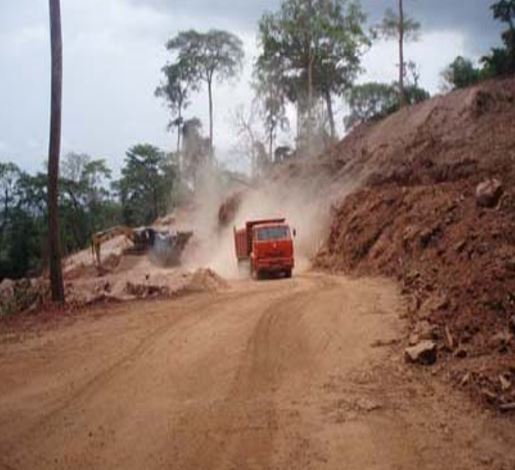 Similimi in Abuja, 29 January 2021 – Frustrated by years of land loss, environmental destruction and stalled promises of relocation, the people of Similimi Community in northeastern Côte d’Ivoire have filed suit against their own government at the ECOWAS Court of Justice.

Similimi residents lived mostly off their cashew and fruit trees and vegetable farms until Boundoukou Manganèse S.A. (BMSA), the subsisidary of Indian minerals company Dharni Sampda, began mining for manganese on village lands, just meters away from heavily populated areas. Their lands – the sole means of subsistence in the village – were torn from them, their natural environment invaded by fumes and dust, and their creeks polluted by toxic tailings.  As a consequence, they suffer respiratory ailments and no longer have clean water to drink.  The company conducts blasting frequently, shaking village homes and cracking their walls.  “It was a good life here in Similimi.  We breathed clean air and drank clear water.  Now everything is destroyed, and nothing is left of the Similimi we knew.  They have destroyed our fields and cultural sites, polluted our waters.  Yet the government and the company have done nothing to solve the problems, and we’re waiting to be relocated and compensated properly,” said Adou Kouamé, Chief of Similimi.

The people of Similimi alerted the mining company and the local authorities to these infringements of their rights and demanded relocation, but neither the State nor BMSA has taken any steps to assist the affected population.  “We have sent letters to the authorities to inform them of the environmental risks we are running, and we have complained about the environmental spoliation.  But nothing.  We continue to suffer from the operations of BMSA,” said Kobenan Kra Michel, plaintiff and a member of the Local Mining Development Committee.

Several government delegations visited Similimi and recognized the seriousness of the conditions in which the residents were living.  They even acknowledged the need to relocate the village.  “The delegations that visited Similimi said that the village would be swallowed up if the mine were to expand, because Similimi is inside the perimeter of the extraction zone.  They made promises but never kept them,” explained Dr. Michel Yoboué, Executive Director of Groupe de Recherche et de Plaidoyer sur les Industries Extractives (Extractive Industries Research and Advocacy Group, or GRPIE), a group that defends the rights of Ivoirian mining communities and supports the plaintiffs.

International and national legal and human rights standards require the Ivoirian government to ensure a clean living environment and provide for the proper relocation of people affected by mining projects, but the State has flouted these requirements at every turn.  “When their own internal investigation proved that BMSA was polluting the water in 2015, the Ministry of Mines reversed the environmental authorities’ decision to halt operation,” said Rashidi Ibitowa, chief counsel for the Plaintiffs.  When BMSA’s permit expired in 2019, the government granted a renewal without consulting affected communities, and despite all the outstanding complaints. 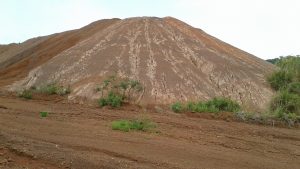 Tailings from the processing of manganese ore are dumped in the water that the locals consume, causing diarrhea and other stomach ailments.  One of the plaintiffs, Kouakou Kouman Kouamé, is the father of a six-year-old child who died from stomach distress cause by consumption of contaminated river water.  “My son Richard complained of terrible stomach plains, and I took him to the health center at Sapli, about 4 kilometers from Similimi by a foot trail,” said Mr. Kouamé.  “He died at the health center, and the doctor who treated him explained that the stomach ailment was a result of drinking the dirty river water.  My whole family drinks from the river because we have no other source of water in Similimi.”

The loss of farmland has meant a near-complete deterioration of livelihoods for the people of Similimi.  “My farm was my only source of income, and BMSA ruined our family when they took it away from us,” lamented Kouassi Abenan Kra Odette, President of the Similimi Women’s Association.  Meanwhile, a recent independent study sponsored by GRPIE proves that air quality in Similimi and other communities affected by the mine is poor and may cause respiratory ailments.

GRPIE and an Ivoirian law firm, Cabinet d’Avocat SCPA les OSCARS, have teamed up with Advocates for Community Alternatives (ACA) and the Public Interest Lawyering Initiative for West Africa (PILIWA) to represent the people of Similimi.  The ECOWAS Court of Justice, based in Abuja, is empowered to hear human rights claims – such as the property, health, and environmental claims in this case – against Côte d’Ivoire and other West African governments.

Me. Rashidi Ibitowa, Counsel for the Plaintiffs