10 years on, Zoghota Massacre survivors still struggle to get justice 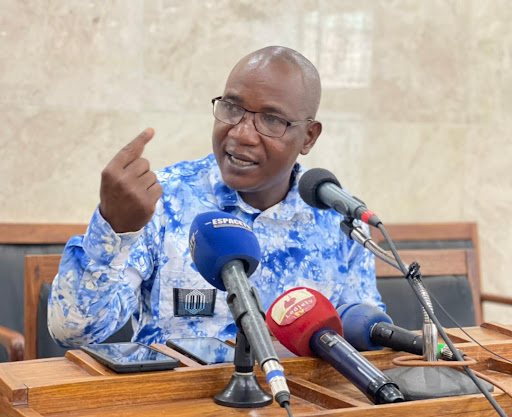 Survivors of an August 2012 attack against the village of Zoghota, Guinea by state security forces organized a press conference  last month on the 10-year anniversary of the attack to demand that the Republic of Guinea comply with an order issued by the ECOWAS Court of Justice in Abuja in 2020 to pay 4.56 billion Guinean francs (then approximately 436,000 U.S. dollars) to victims of the attack and their families.

Frédéric Loua, a lawyer at the Guinean human rights organization Les Mêmes Droits pour Tous (MDT) spoke representing the community at the conference saying, “the victims of the Zoghota massacre ask the Guinean state to immediately and without delay pay the amount of the sentence pronounced by the ECOWAS Court of Justice and to have those presumed responsible for the massacre judged for individual criminal responsibility.” The Zoghota people used this opportunity to renew their resolve to pursue all avenues in Guinea and internationally to hold their government accountable for the massacre.

The order came as a result of a court case filed in 2018, after the community’s cases were repeatedly stalled and ignored in Guinean courts.

Loua, pictured above at the press conference, has accompanied the people of Zoghota since the day of the attack. On Loua’s first visit to Zoghota on August 1, 2012, homes were still smoldering from fires the attackers had set only hours before. At that time the village of Zoghota in southeastern Guinea bordered an iron ore exploration site controlled by VBG, a mining company owned by Brazilian mining giant Vale and BSG Resources. Conflicts had arisen between the company and community over mining activities causing environmental damage, unfulfilled promises to employ local youth, and alleged mismanagement of VBG’s royalty payments intended for community development. The local communities also reported that they did not give the free and informed consent before the company set itself up in the area.

Around 1:00 AM on August 4, 2012 – the night before the government was to meet with the community to discuss these conflicts – state security forces attacked Zoghota, firing bullets and tear gas. Five villagers were killed that night and a sixth later died of his injuries. More than a dozen villagers were arrested, some of whom were tortured by gendarmes. Homes and other buildings were torched, and almost the entire village fled.

One month later, Loua and MDT supported the community to file the first in a series of lawsuits against the individual police, gendarme, and military officers accused of carrying out the attack and their accomplice VBG, accused of supplying materials used in the attack.

These cases have since been shuffled between Guinea’s civilian and military courts, languishing for years while the courts have allowed witnesses and defendants to ignore or flee from subpoenas, much to the dismay of Zoghota survivors and their lawyers. “After all that we had done, there was no justice. The state had no will to shine a light on what had happened,” Loua said.

Faced with national court systems unwilling or unable to deliver justice to the victims, the community turned to the ECOWAS Court of Justice in 2018 to hold the Republic of Guinea responsible for the massacre, torture, and illegal detention of the people of Zoghota.

In November 2020, the Court ruled the Republic of Guinea was responsible for violating the Zoghota villagers’ rights to life; to be free of torture and cruel, inhuman, and degrading treatment; to not be subject to arbitrary arrest or detention; and to an effective remedy. A year after the Court had ordered Guinea to pay compensation to the victims, the Zoghota community appealed to the ECOWAS Commission to enforce the ruling.

While Guinea’s government continues to ignore the ECOWAS ruling despite several meetings and advocacy, the people of Zoghota are tired of waiting for justice. Stymied at the state level, the community is ready to once again turn to international legal systems to enforce the ECOWAS ruling.