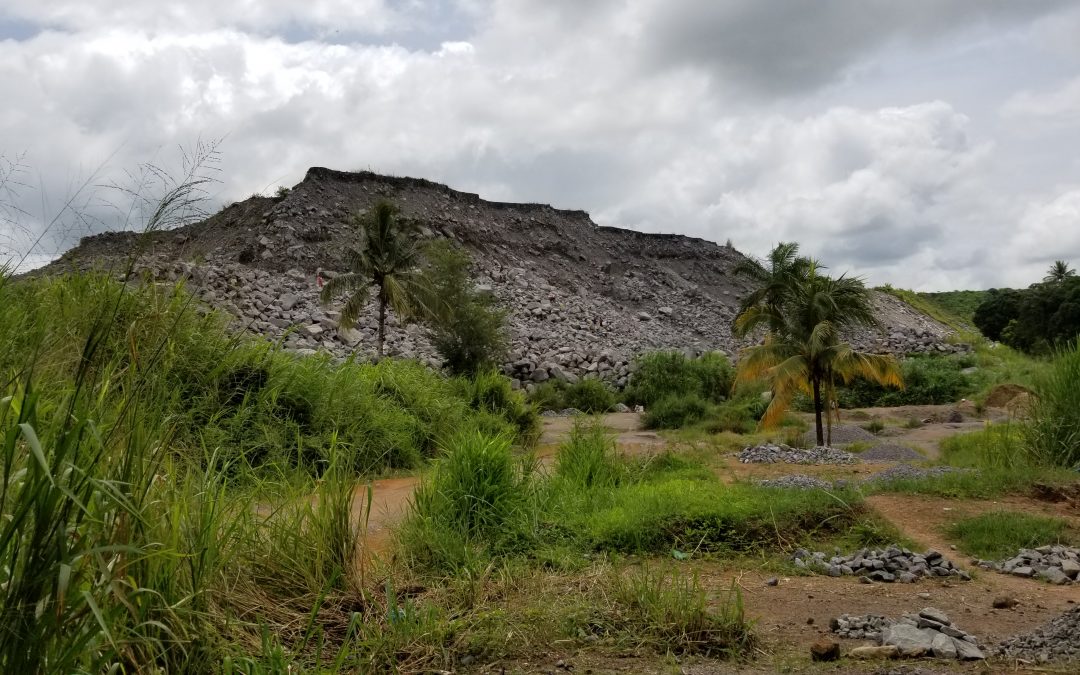 29 August 2019 – The government of Sierra Leone shot and beat protesters and helped a mining company pollute and unjustly grab traditional lands, according to a human rights lawsuit filed by residents of Koidu, Sierra Leone at the ECOWAS Court of Justice.  The plaintiffs are asking for proper relocation, enforcement of the Mining Lease Agreement between the government and mining company, investigation of incidents of violence in 2007 and 2012, and compensation for their suffering and losses.

Many Koidu residents live in the shadow of the immense waste dump of a diamond mine operated by the Octea Group. These individuals have been awaiting relocation for over a decade, with no end in sight. The proximity of the mine to their homes means mining activities have disrupted their livelihoods and access to basic living necessities. Explosions from the mine have sent rubble flying onto their farmland and crashing through their roofs. With support from the State, the company has diverted water onto their land, flooding it. Women who previously farmed small plots have lost that land and are now reduced to taking rocks from the company’s giant rubble pile and breaking them into gravel to sell to construction crews. “This back-breaking work is ruining my health, but what choice do I have?” complained Aminata Bangura, leader of the cooperative of women stone-breakers. “I can barely make enough to feed my kids, but I don’t have land to grow food for them anymore.”

Madam Kumba King, Tankoro Queen Mother and representative of the Marginalized Affected Property Owners Association, lamented the destruction of their community. “We used to farm and live in peace, but now our lands and water sources are poisoned and covered in rubble. Our homes are shaken by explosives every day.” Tremors from blasting cracks residents’ walls and collapses their ceilings. Throughout the community, those who once had ready access to well water now find their wells dry during the dry season because the mine has disturbed the water table.

Despite the residents’ complaints, the government has failed in its legal obligation to ensure the relocation of these individuals and the proper replacement of their land and homes. Even those that have received relocation report that the resettlement site lacks basic living essentials.  Their new houses are smaller than their old homes and have already started crumbling after just a matter of months due to poor construction.

The complaint further alleges that the Sierra Leone repeatedly committed unjustified violence against demonstrators in Koidu.  According to several witnesses, police officers used firearms to disperse peaceful protesters, resulting in two deaths and several grave injuries in 2007 and again in 2012. After the shooting in December 2007, the government created the Jenkins-Johnston Commission of Inquiry, which found the government and the company to be jointly responsible for the violence and recommended important police reforms. Although the government officially accepted these proposals, it failed to implement any of them, and violence struck again in December 2012. For both incidents, the government did not hold any security officers responsible, nor did it provide assistance to the victims and their family members, who continue to wait for justice to this day. The community is represented by a consortium of West African lawyers from the Public Interest Lawyering Initiative for West Africa (PILIWA), as well as C&J Partners of Makeni, Sierra Leone.